Swift 4 is the latest major release from Apple scheduled to be out of beta in the fall of 2017. Its main focus is to provide source compatibility with Swift 3 code as well as working towards ABI stability.

Swift 4 is included in Xcode 9. To support Xcode 9 we need to upgrade to macOS Sierra. You can download the latest version of Xcode 9 from Apple’s developer portal (you must have an active developer account).

The migration from Swift 3 to 4 will be much less cumbersome than from 2.2 to 3. In general, most changes are additive and shouldn’t need a ton of personal touch. Because of this, the Swift migration tool will handle the majority of changes for you.

Xcode 9 simultaneously supports both Swift 4 as well as an intermediate version of Swift 3 in Swift 3.2. Each target in your project can be either Swift 3.2 or Swift 4 which lets you migrate piece by piece if you need to.

When you’re ready to migrate to Swift 4, Xcode once again provides a migration tool to help you out. In Xcode, you can navigate to Edit/Convert/To Current Swift Syntax… to launch the conversion tool.

After selecting which targets you want to convert, Xcode will prompt you for a preference on Objective-C inferencing. Select the recommended option to reduce your binary size by limiting inferencing. 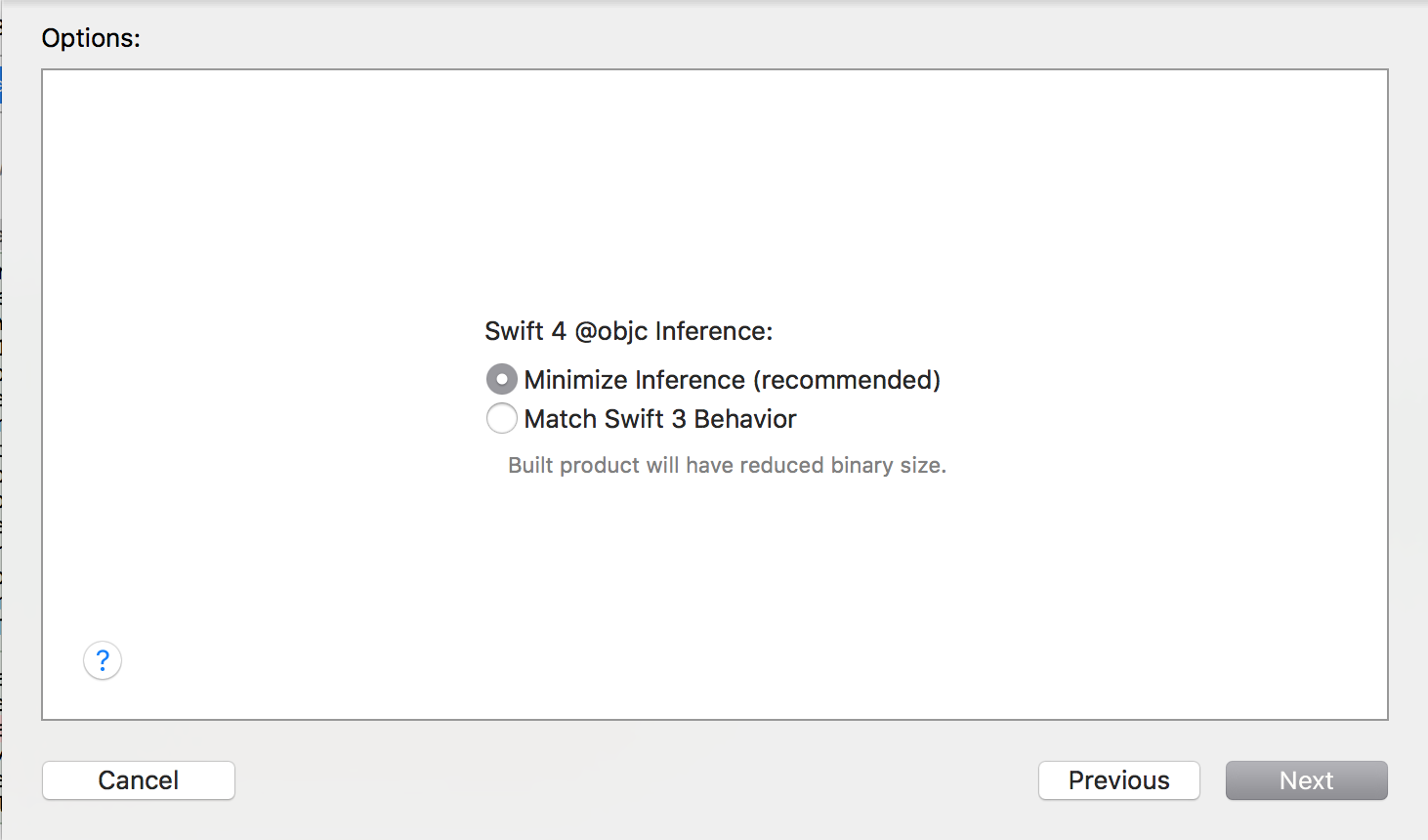 String will be treated as collection

Just like it was in Swift version 1.x Strings can be treated as collection. You no longer need to write string.characters.xxx to perform string manipulation.

Along with logical iteration through String we can perform following operations.

Another great improvement is how String interprets grapheme clusters. This resolution comes from the adaptation of Unicode 9. Previously, unicode characters made up of multiple code points resulted in a count greater than 1. A common situation where this happens is an emoji with a selected skin-tone. Here are a few examples showing the before and after behavior:

New swap function now takes indices of elements which are to be swapped.

Provide default value if value for key does not exist

We have created different buckets where each bucket will contain mates having same first character in their name. Output will be as below.

You can now handle initializing a dictionary with duplicate keys any way you’d like. This helps avoid overwriting key-value pairs without any say in the matter:

The code above uses zip along with the shorthand + to resolve duplicate keys by adding the two conflicting values.

Both Dictionary and Set now have the ability to filter results into a new object of the original type:

Swift 4 comes with built in encoders and decoders for JSON. JSON <-> Model conversion is comes built in ( Although you can customize that behavior if required ).

Let’s fill out some details

It will print following output. ( No more third party libs to convert model into JSON 🙂 )

It will print following output.

An element of Swift 3 some haven’t been too fond of was the addition of fileprivate. In theory, it’s great, but in practice its usage can often be confusing. The goal was to use private within the member itself, and to use fileprivate rarely in situations where you wanted to share access across members within the same file.

The issue is that Swift encourages using extensions to break code into logical groups. Extensions are considered outside of the original member declaration scope, which results in the extensive need for fileprivate.

Swift 4 realizes the original intent by sharing the same access control scope between a type and any extension on said type.

This allows you to use fileprivate for its intended purpose rather than as a bandaid to code organization.

You can request any topic related to Swift and iOS development.

Donate any small amount you think for this knowledge to grow this forum.